This award was developed in honour of Elijah Tupling.  Elijah graduated in 2008 and was a Student Technological Assistant (STA) during his year in the Bachelor of Education program.  He exemplified the importance of strong interpersonal skills when assisting others with technology.

This award will be given annually to a student worker who demonstrates the same dedication to people centered support, and consistent, clear communication between peers and staff. 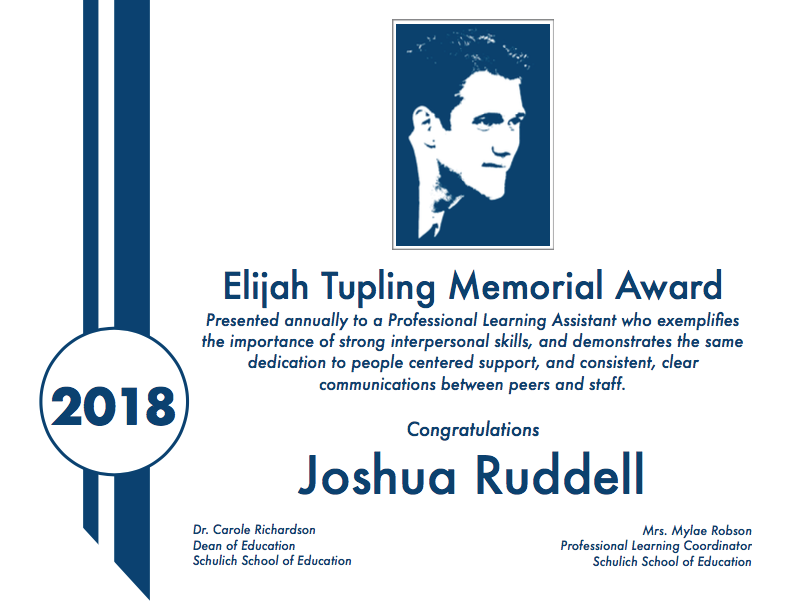